In this tour, you visit the largest market in Kyoto. You will see more than hundred of local stands and shops there. 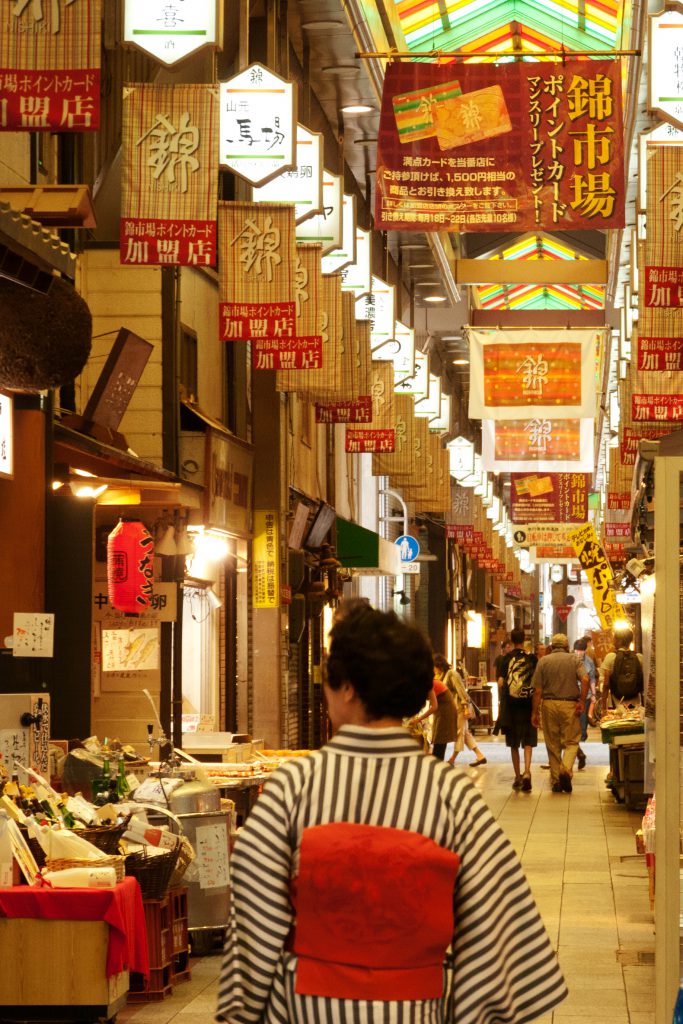 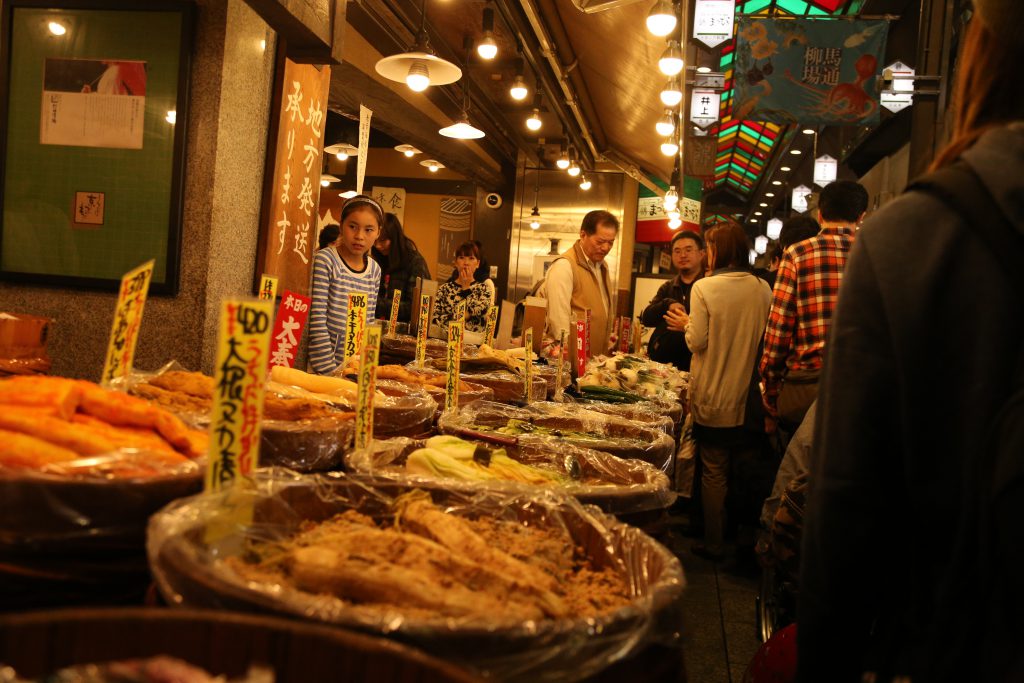 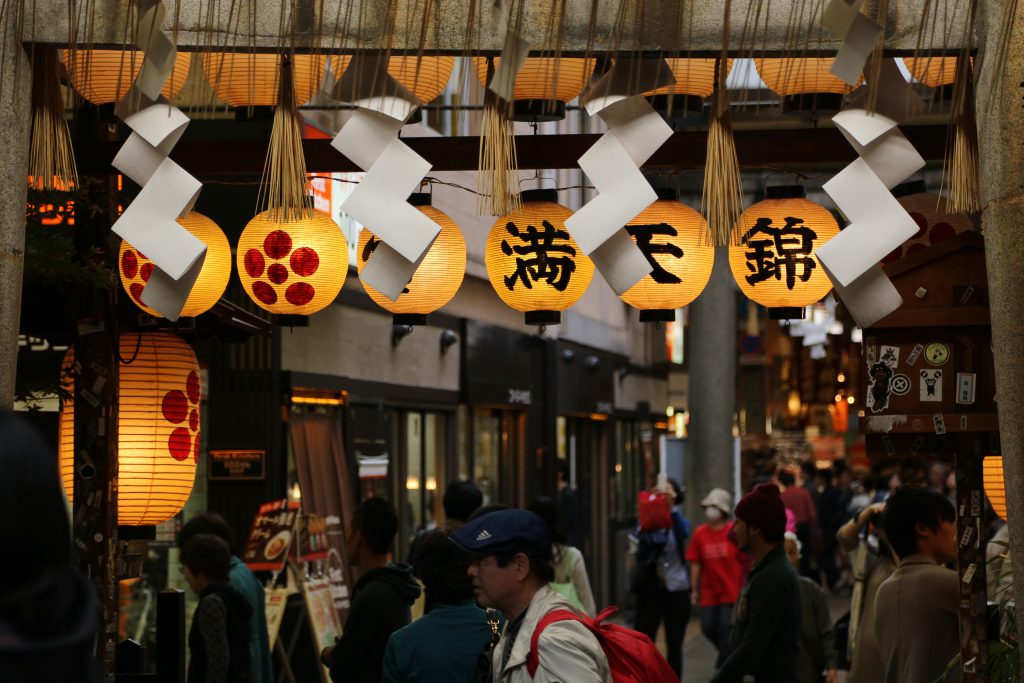 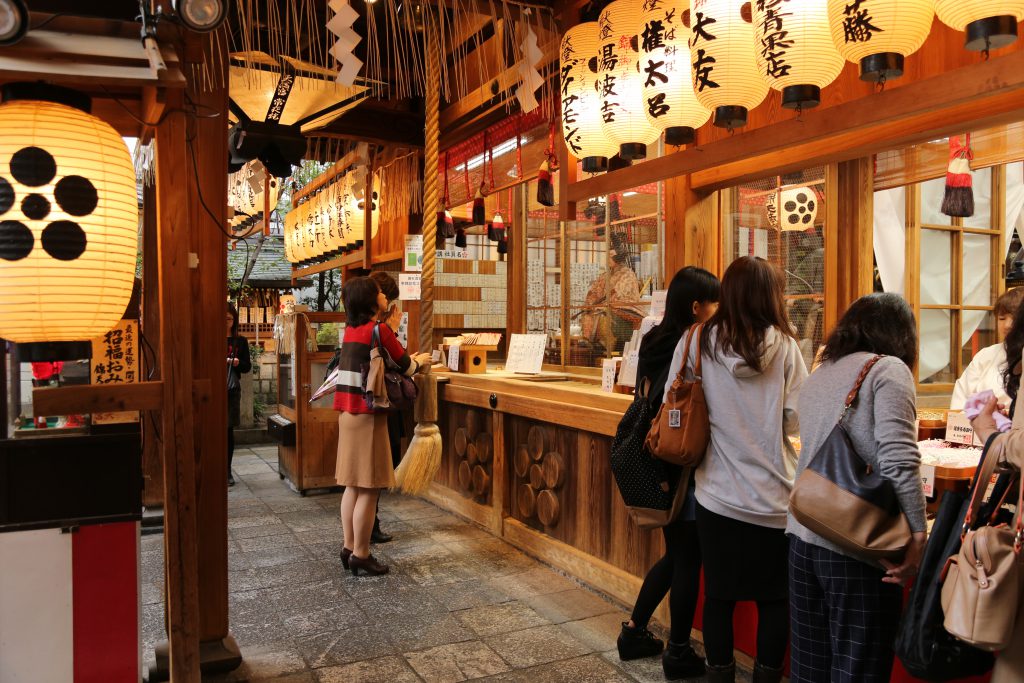 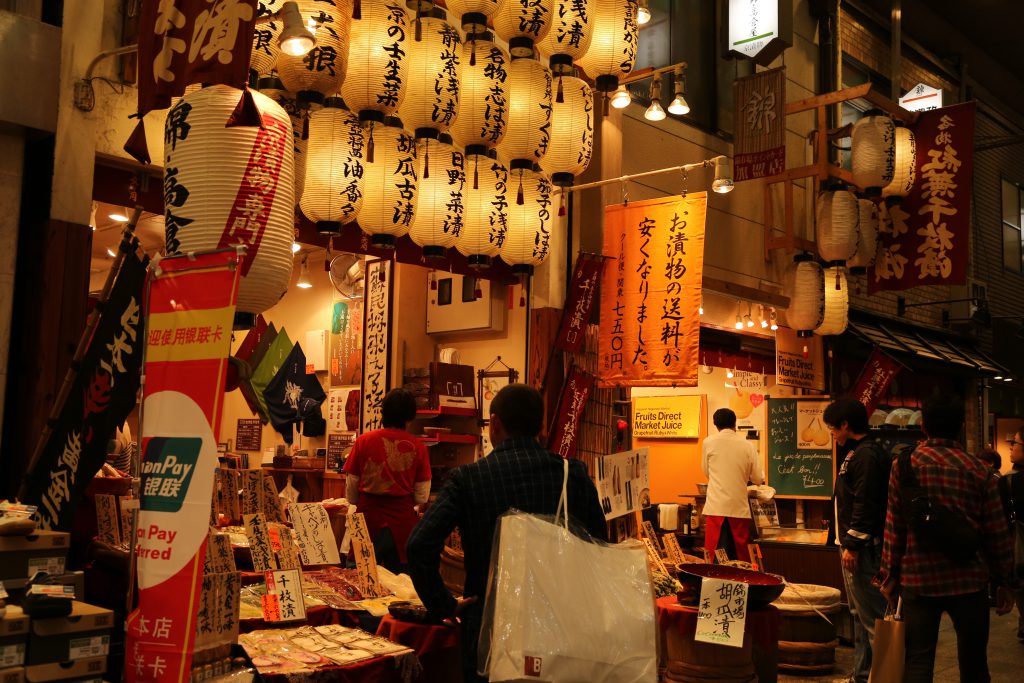 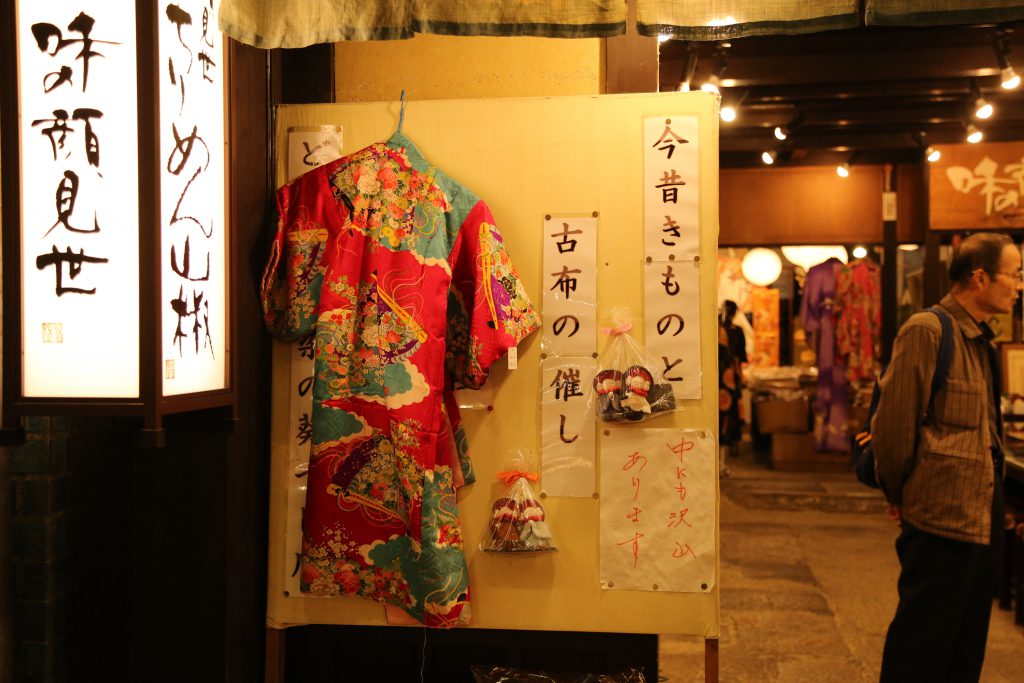 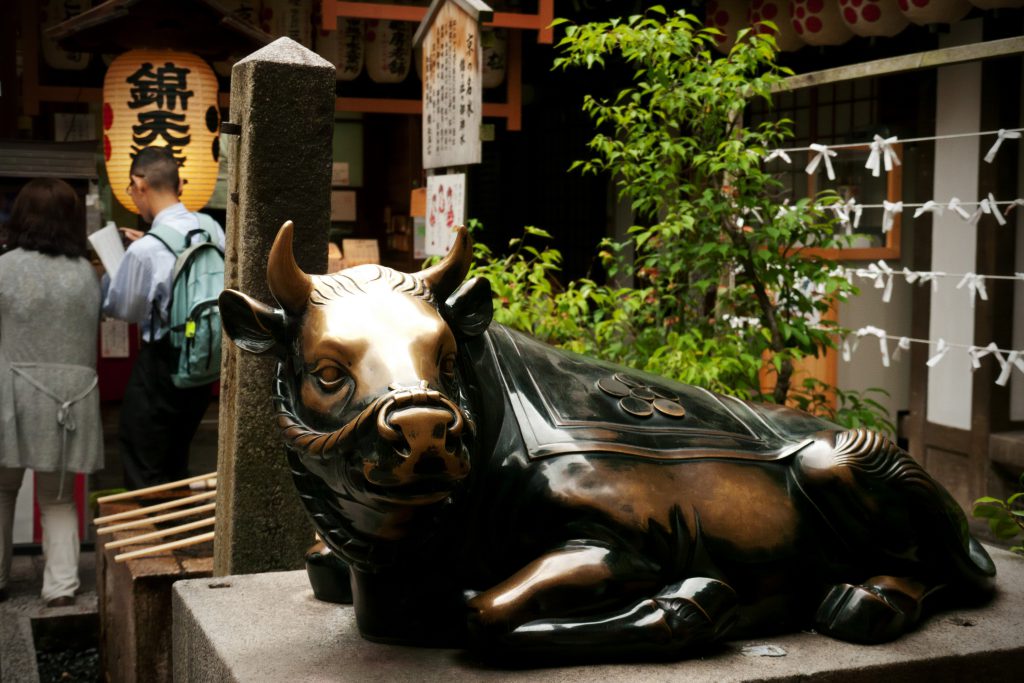 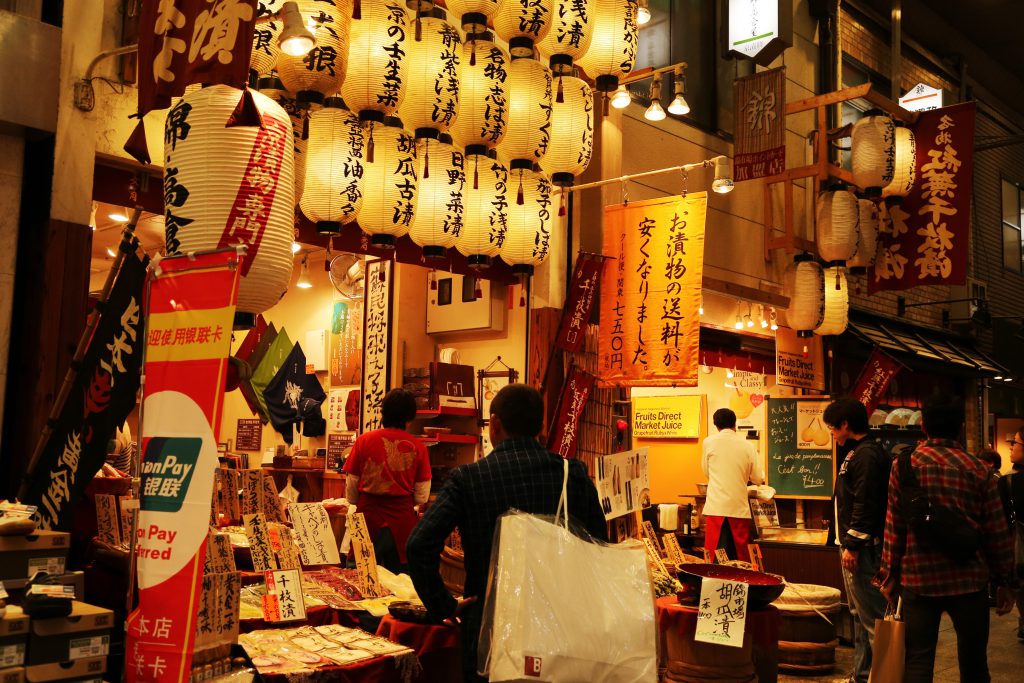 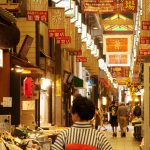 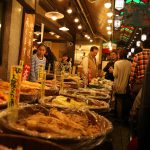 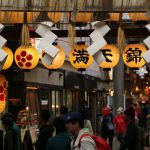 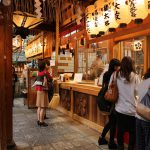 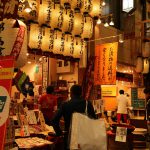 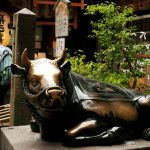 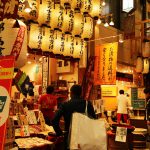 Approximately 130 shops like fish, vegetable, pickles, tea, cooking utensils etc. are lined within 390 M east-west arcade on Nishiki Market.  At the end of street, Tenmangu Shrine is located for grace of academics and business.  At Teramachi Kyogoku Shopping Street with traditional shops & modern shops,  you can enjoy shopping and dining.

◆Nishiki Market
If you need a break from temple hopping, Nishiki Market is a great place to visit. Located in the center of the town, Nishikikoji-dori, 400 meters long, is a street lined with around 130 shops selling Kyoto's specialties, such as Kyoto vegetables, dried and pickled foods, fish, and more. That's why it is called "the kitchen of Kyoto". The variety of foods on display is staggering and the frequent cries of Irashaimase (Welcome!) are heart-warming.

◆Yuba（soya ｍilk) Senmaruya
Yuba (soya milk) Senmaruya is a soya milk shop with a history of 210 years.
A soya milk is not only used for home cooking in Kyoto, but also used for Shojin ryori (vegetarian dish) or Kaiseki ryori (traditional Japanese meal brought in courses)  It is possible to watch video of work process and listen to explanation.

◆Nishiki Tenmangu Shrine
Nishiki Tenmangu Shrine is located near the end of Nishiki Market which intersects Teramachi Kyogoku Shopping Street. It is good to rest for a while because there is springwater in a small precinct. Sugawarano Michizane is enshrined for grace of academics and business.

◆Teramachi Kyogoku Street
The traditional Japanese culture remains on this street such as a woodblock painting shop “Daishodo”. On the east side of Teramachi Street, a new road was built after they arranged precincts of temples. Souvenirs shops, restaurants and fashion shops are mixed on this street.

◆Teramchi Street
The street is an arcade containing an assortment of shops and services, both traditional such as Kyukyodo, an incense burner shop, old books shops etc. and modern shops.  The street’s name literally means “Temple Town”. It reflects the large number of temples moved there during Toyotomi Hideyoshi’s remodeling of Kyoto in the 16th C.

◆Please follow the guide's instruction during the program. We shall not be responsible for any accident caused by disregard of the instructions.
◆Please advise us if you have any religious or health restrictions, allergies, or the case where you would like to request a special care for participants, including children. Please email us at info@truejapantours.com to check an availability and share the information.
Please note that any programs booked without an inquiry will not be guaranteed.
◆Our services are mainly offered in English. In addition, services in other languages, such as Chinese, French, Spanish, German, Italian, Russian are also available. In case you would like services in languages other than English, please inquire us at info@truejapantours.com as soon as possible.  We will check the availability.
◆Our business hours are from 9:00 am to 6:00 pm on weekdays. For inquiries received outside the business hours, we will look into it and respond on the next business day.
will check an availability.
◆Deadline for booking of this program is 10:00 am of 3 business days (JST) prior to the program date except for the peak season described in the note below.
When booking the programs held during the peak season and after the deadline, please be sure to email us at info@truejapantours.com  to confirm an availability.
Please note that any programs to be held during the peak season and booked after the deadline without a prior confirmation may not be guaranteed.
*Note : Peak season is from March 20th to April 30th.