In this tour, you visit Arashiyama that is a scenic spot in Kyoto where the cultural flavors and colors of the ancient royal court have been preserved. 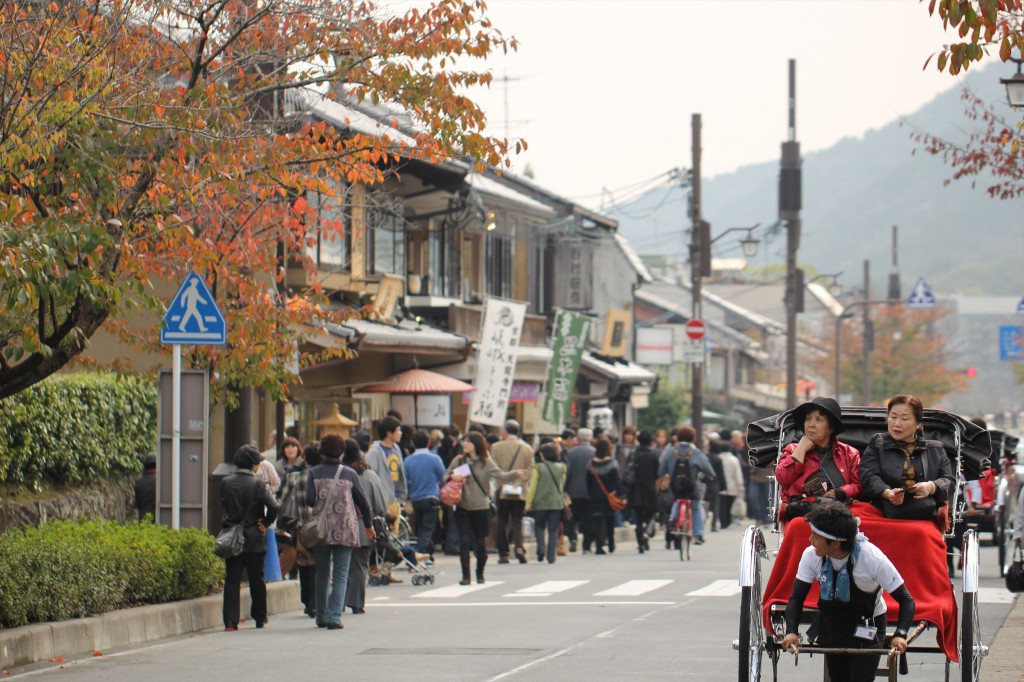 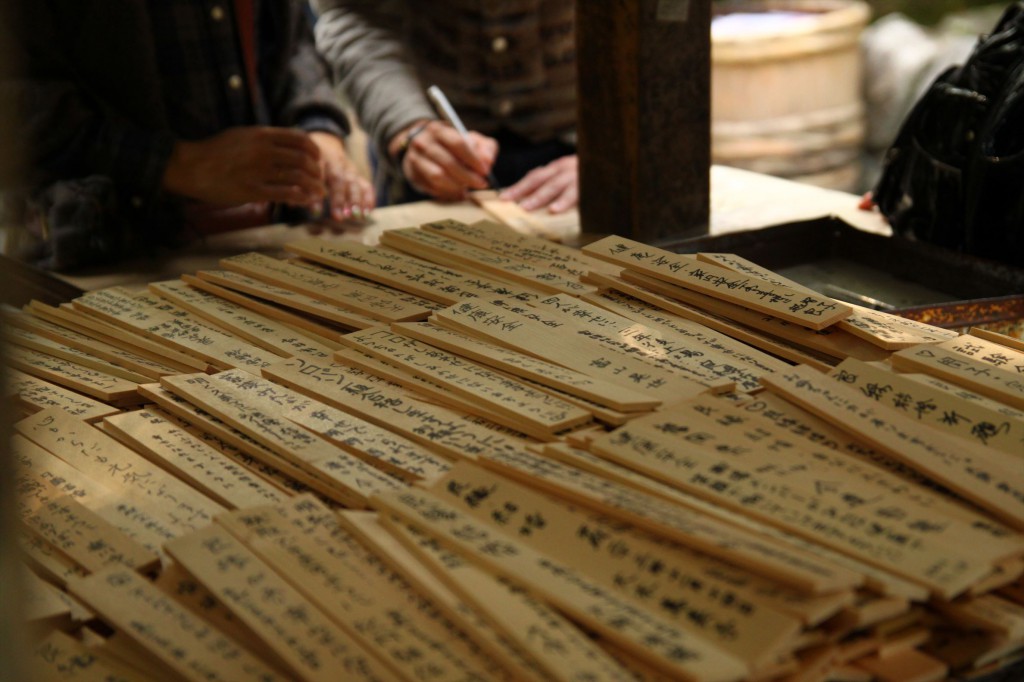 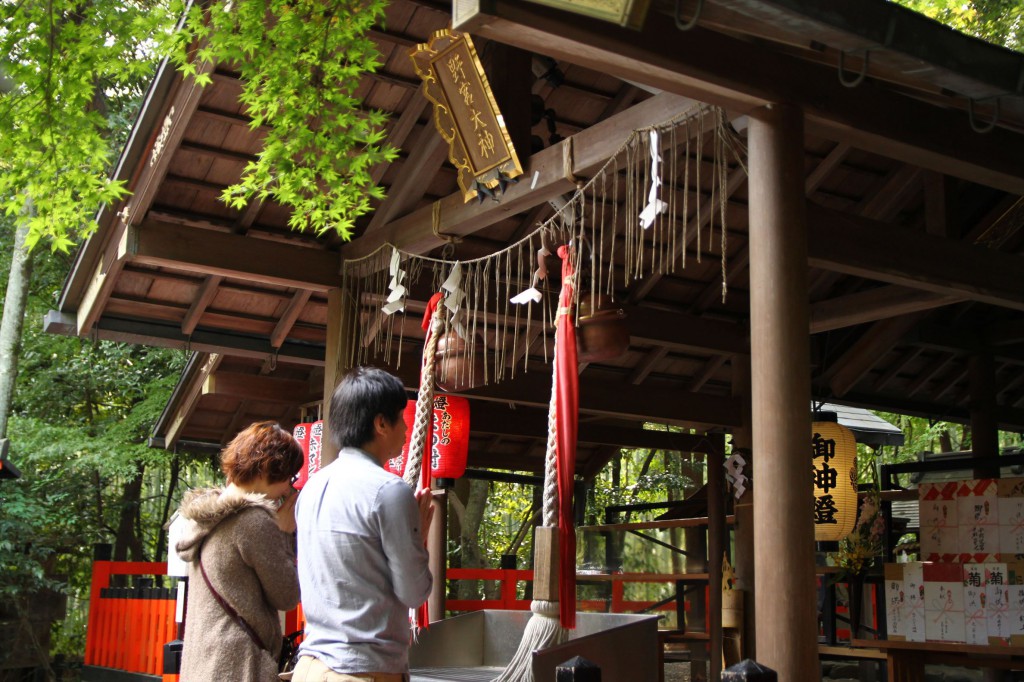 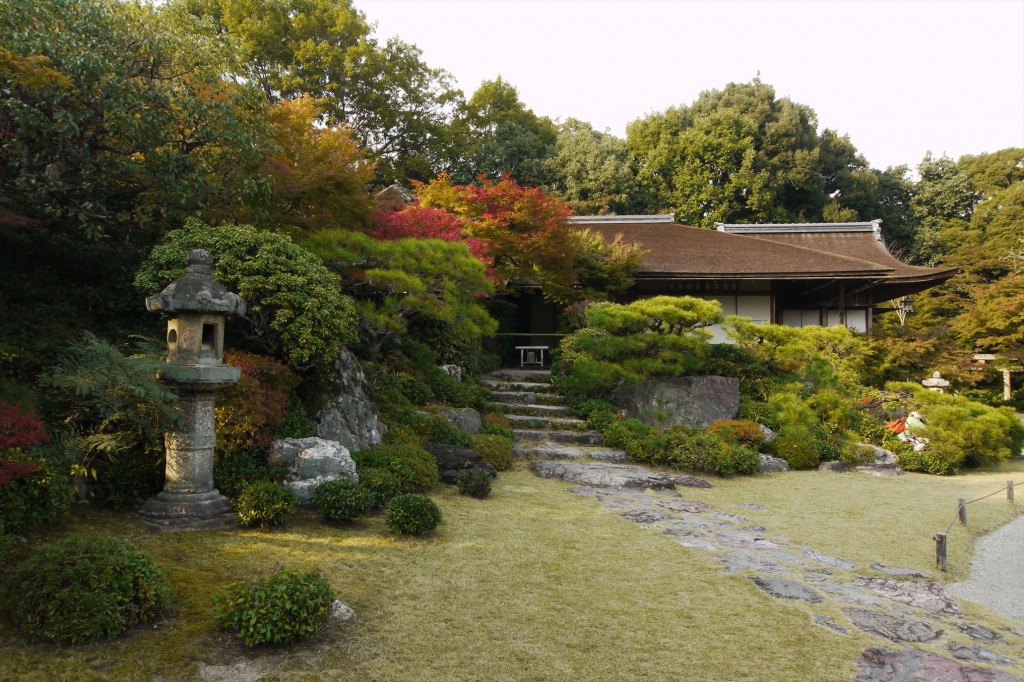 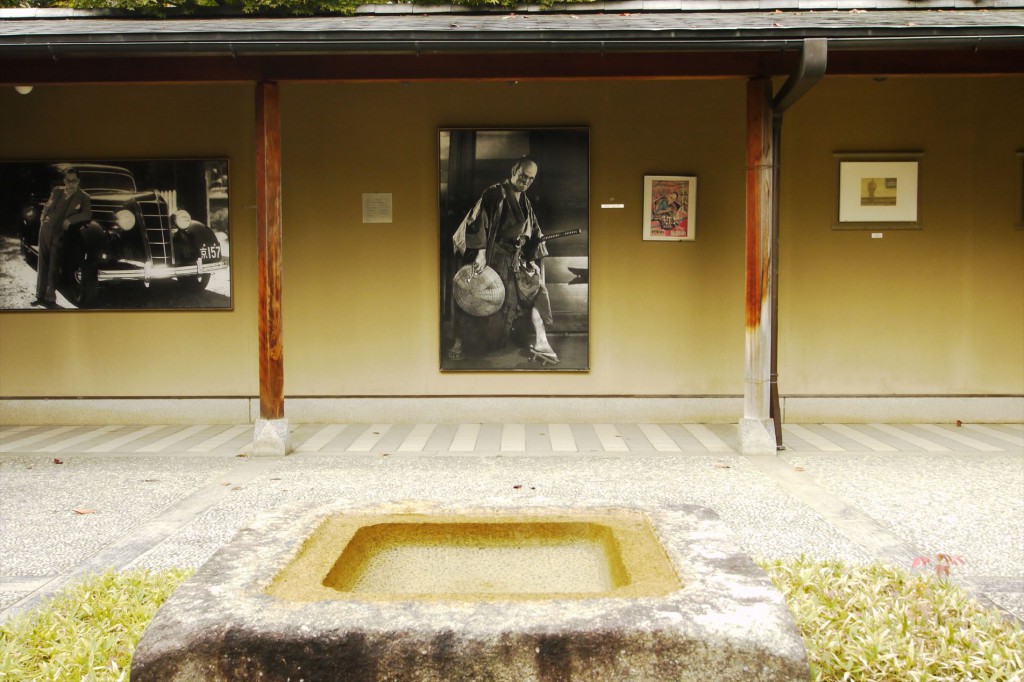 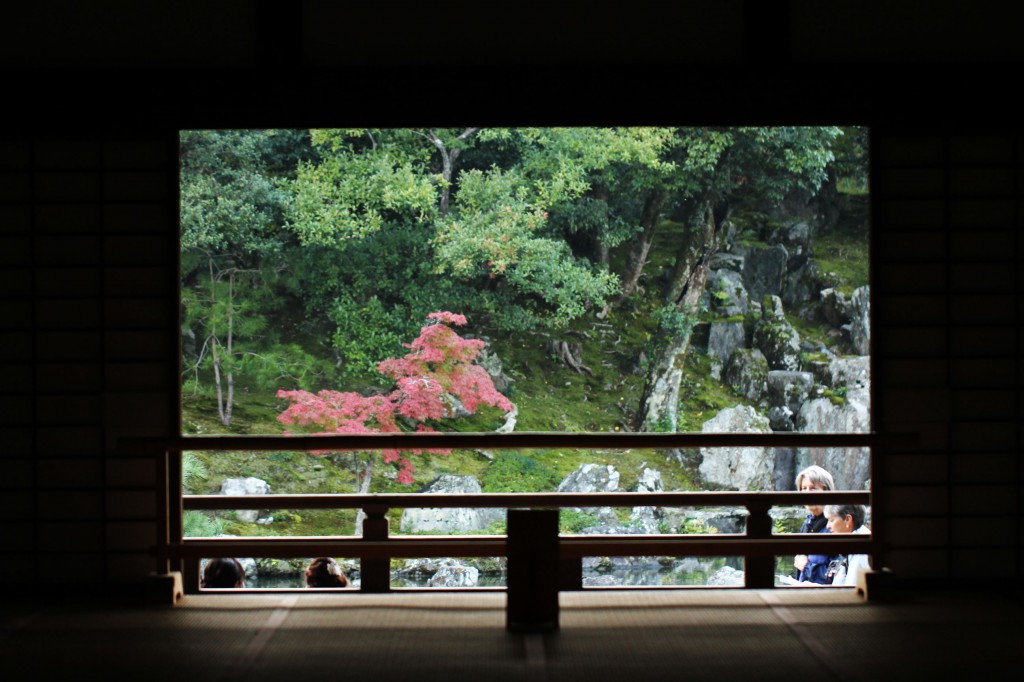 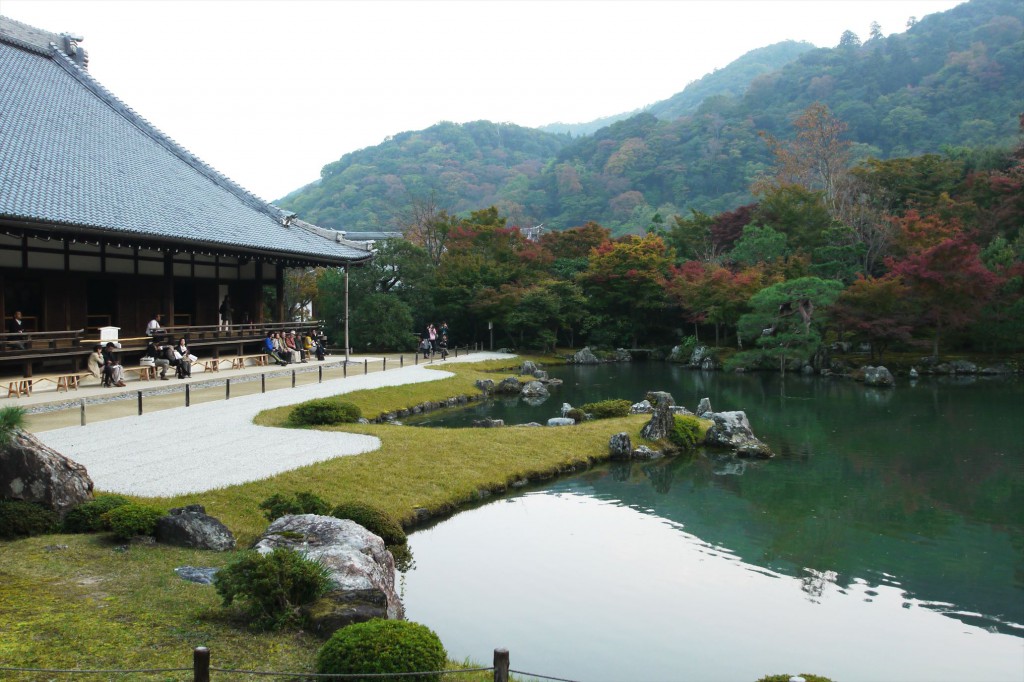 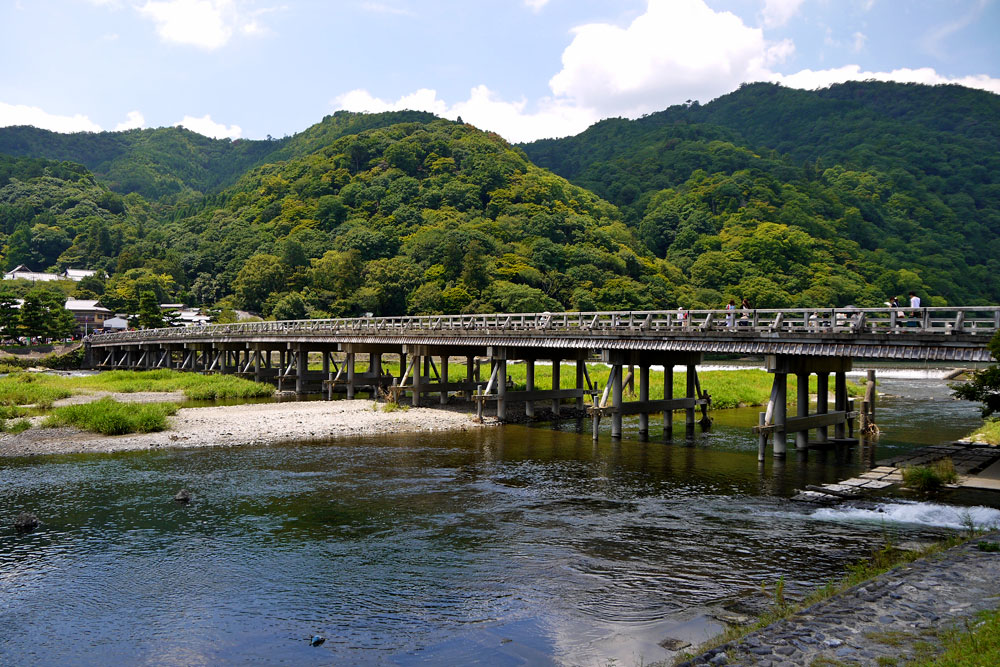 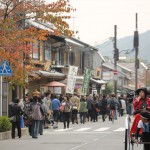 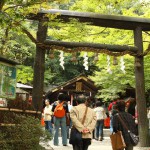 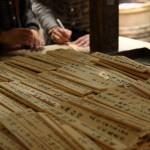 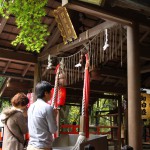 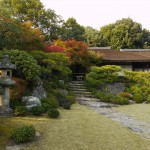 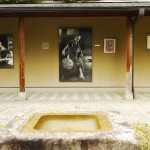 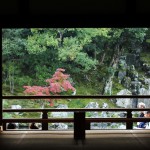 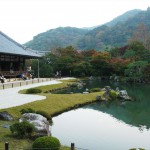 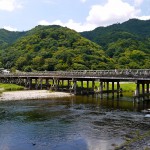 Take a moment to walk through the noted Tenryuji Temple, listen to the rustle of the bamboo leaves and cross the Togetsukyo Bridge, over the Oi River. Wander around the sites and in the shoes of the ancient people. Our government-licensed tour guides will show you around with warm hospitality and total dedication.

◆Okochi Mountain Villa
Okochi Mountain Villa is the villa and garden of samurai film star Denjiro Okochi (1898-1962). The grounds of the villa, located on the slopes of Mt. Ogura, are a traditional Japanese strolling garden that includes a garden, tea houses and shrines.
The garden is vast and has a sense of elegance and austere simplicity. Okochi was a well-known pious Buddhist who built the Jibutsudo, a Zen meditation hall. It was said that Okochi wanted to create the perfect garden with everlasting beauty to contrast with beauty captured on film that deteriorates over time. Do you think he felt the end result was perfect? When you aim for perfection, you discover it's a moving target. ～George Fisher

◆Nonomiya Shrine
Nonomiya Shrine is a Shinto shrine where, in ancient times, unmarried imperial princesses stayed for a year or more to purify themselves afterwhich they were sent to Ise Shrine in Mie prefecture to serve as a representative of the Imperial family. The shrine famously appears in the tenth chapter of the Tale of Genji, a classic work of Japanese literature from the eleventh century and the world's first novel.
The black torii (gate) at the entrance of the shrine is an example of the earliest style of torii - unlike later versions, the bark is exposed. It has become a popular destination for young singles who come to pray for marriage.

◆Tenryuji Temple
Tenryuji Temple, the head quarters of the Rinzai school of Zen Buddhism, is the top-ranked among Kyoto's Five ZenTemples. The shogun Ashikaga Takauji built the temple in 1339 to comfort the spirit of the late Emperor Godaigo who passed away on Mt. Yoshino in Nara prefecture. This temple's garden, designed by the priest Muso Soseki, became the model for all later gardens that incorporate nature as a backdrop for their designs. It features a circular promenade around Sogen Pond, allowing visitors to enjoy the scenery of the garden from a variety of vantage points.

◆Togetsukyo Bridge
The name "Togetsukyo",meaning "Moon Crossing Over the Bridge", comes from a description of the bridge written by Emperor Kameyama in the 14th century. He wrote that , as the moon traverses the sky , it appears as if the moon is crossing over the bridge. Visitors are enchanted by the picture perfect scenery of the cherry blossoms in spring or the colorful changing leaves in autumn. Togetsukyo Bridge crosses the Oi River, well-known for its beautiful reflection of nearby Arashiyama.. There are popular boat rides around the bridge., and at night you can also witness traditional cormorant fishing, in which retrieves fish from the throats of cormorants.

◆Please follow the guide's instruction during the program. We shall not be responsible for any accident caused by disregard of the instructions.
◆Please advise us if you have any religious or health restrictions, allergies, or the case where you would like to request a special care for participants, including children. Please email us at info@truejapantours.com to check an availability and share the information.
Please note that any programs booked without an inquiry will not be guaranteed.
◆Our services are mainly offered in English. In addition, services in other languages, such as Chinese, French, Spanish, German, Italian, Russian are also available. In case you would like services in languages other than English, please inquire us at info@truejapantours.com as soon as possible. We will check an availability.
◆Deadline for booking of this program is 10:00 am of 2 business days (JST) prior to the program date except for the peak season described in the note below.
When booking the programs held during the peak season and after the deadline, please be sure to email us at info@truejapantours.com to confirm an availability.
Please note that any programs to be held during the peak season and booked after the deadline without a prior confirmation may not be guaranteed.
*Note : Peak season is from March 20th to April 30th.
◆Our business hours are from 9:00 am to 6:00 pm on weekdays. For inquiries received outside the business hours, we will look into it and respond on the next business day.