This tour covers two must-go places, Takayama and Shirakawago. In Takayama, you can enjoy its well-preserved traditional streets lined with old merchant shops and sake breweries. You also visit Shirakawago,a UNESCO World Heritage site, is famous for A-shaped traditional farmhouses. You can learn the culture and life of people dating back to more than two hundred years. The beautiful and peaceful scenery of the village gives you a nostalgic feeling. 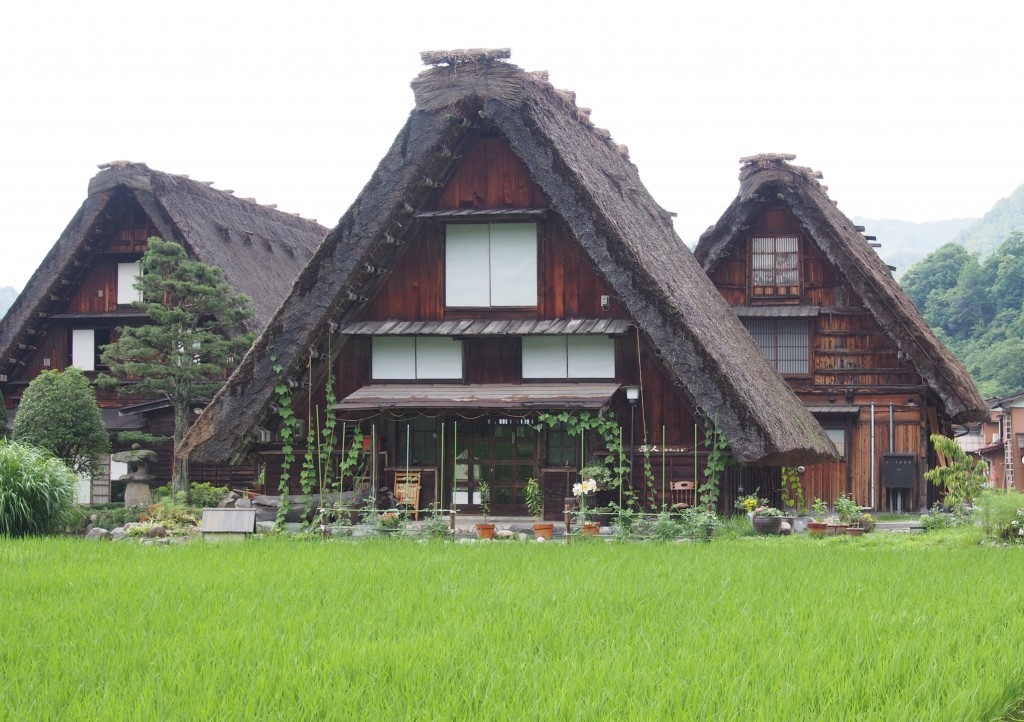 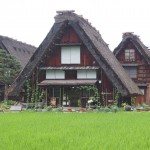 ◆Shirakawago
The Shirakawa-go regions line the Shogawa River Valley in the remote mountains in Gifu prefecture It is famous for their traditional gassho-zukuri farmhouses, some of which are more than 250 years old and have been designated as World Heritage. The scene of 114 houses with thatched roofs in the Gassho-style remind us of ancient Japan. Ogimachi-Jyoshi (the observation platform) commands a wonderful panorama of this village.

Wada House： (Important National Cultural Asset) A typical and authentic Gassho-style farm house. People has been living in the building for more than 400 years. Documents and licenses the possession of the family show that the Wada house used to take an important role in the village( mayor, distributor of product made in the village)

Kanda House： A Gassho-style farm house with 4 stories. You can have a tea in the living room on the first floor, listening to the history of the house. On the second and third floor, various tools for sake making and silkworm raising and necessities for living in the heavy snowfall village are displayed.

◆Takayama
Takayama is a city in the mountainous Hida region of Gifu Prefecture.the city still retains a traditional atmosphere, especially in its beautifully preserved old town where wooden buildings from the Edo Period are still used as houses and shops as well as the Takayama Festival and its floats. In the“MICHELIN Green Guide Japon”(2009),Takayama was awarded the highest rating of three stars as one of the 17 tourist destinations where it is worth travelling to.

Takayama Yatai Kaikan (Festival Float Exhibition Hall)：
The Takayama Festival, held in spring and autumn, is ranked as one of Japan's three most beautiful festivals. Four of the autumn festival's eleven floats are exhibited at at this hall next to Sakurayama Hachiman Shrine. The elaborately decorated floats are several hundred years’ old and beautiful examples of Takayama's legendary craftsmanship.

Takayama Jinya：
Because of its valuable timber resources, the Hida Region around Takayama was put under direct control of the Tokugawa Shogunate in 1692.The Takayama Jinya served as the local government office headed by the officials dispatched from Edo (present day Tokyo).The building complex was in official use until 1969, and is now open to the public as a museum. It includes various nicely maintained tatami mat rooms that once served as offices, conference rooms, guest rooms and residential space.

cost of meal and sightseeing activities

◆Please let us know if you have JR Pass. We reduce the price.