Embrace Kyoto’s unique aura in this tour of three of its most distinctive religious establishments. First, visit Heian Shrine, a vast shrine complex modeled after the ancient Imperial palace. Next, travel to Nanzenji Temple, a significant Zen Buddhist headquarters. And finally head to the peacefully beautiful Kochi-in Temple, which has one of the best gardens in Kyoto. 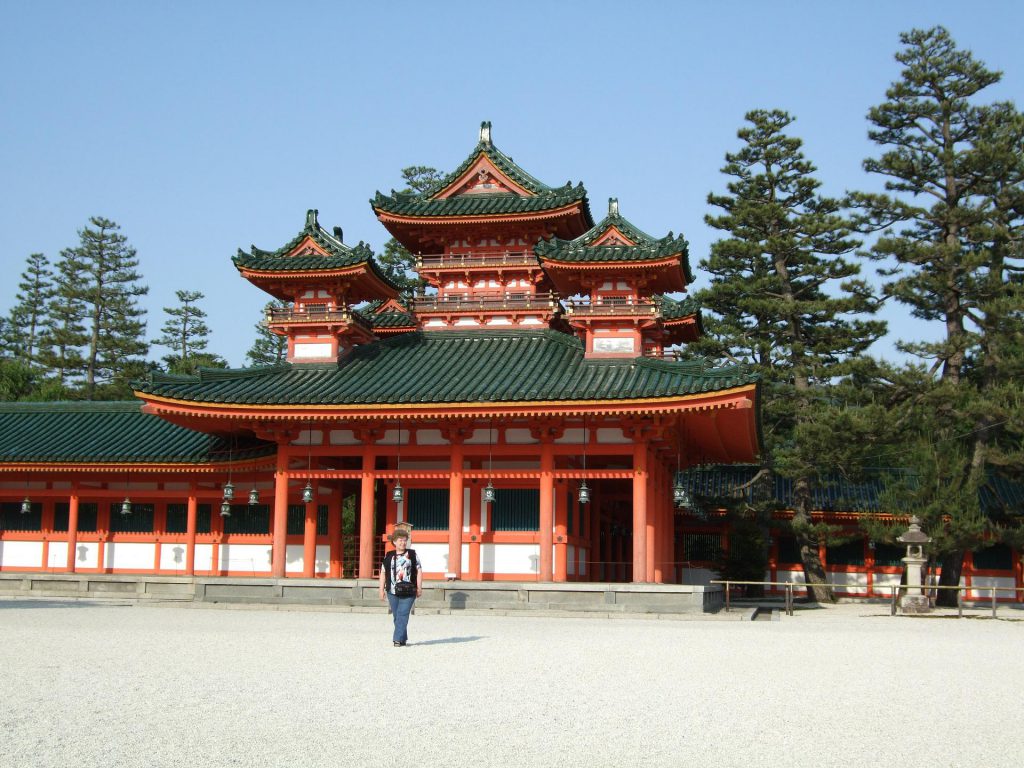 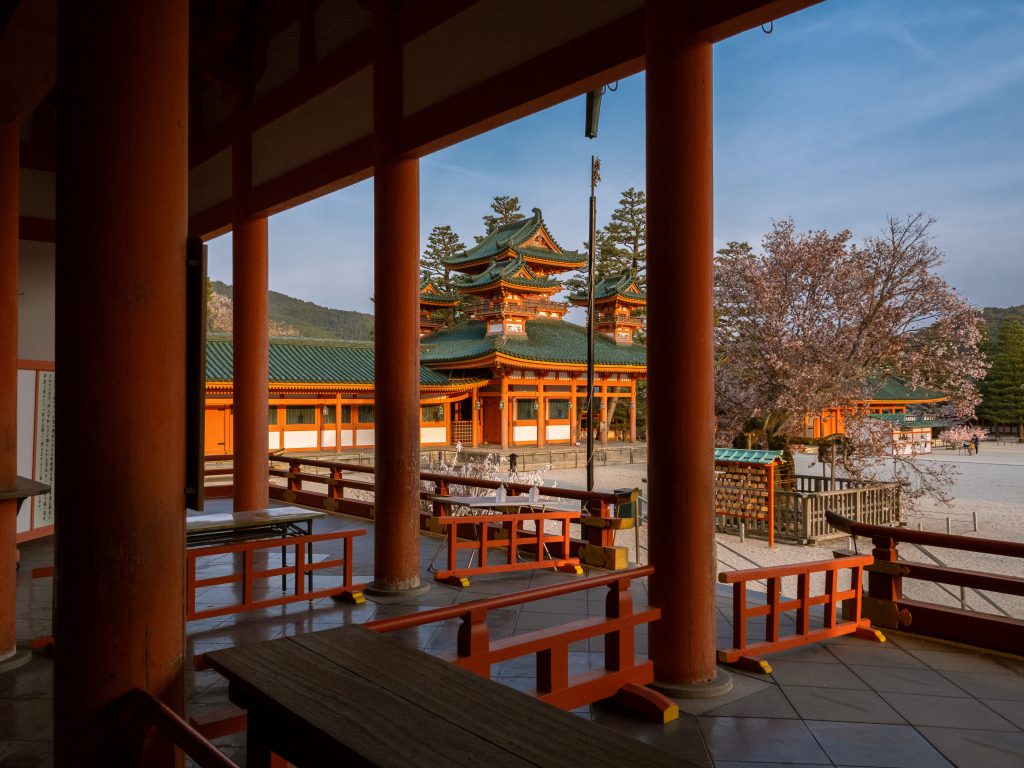 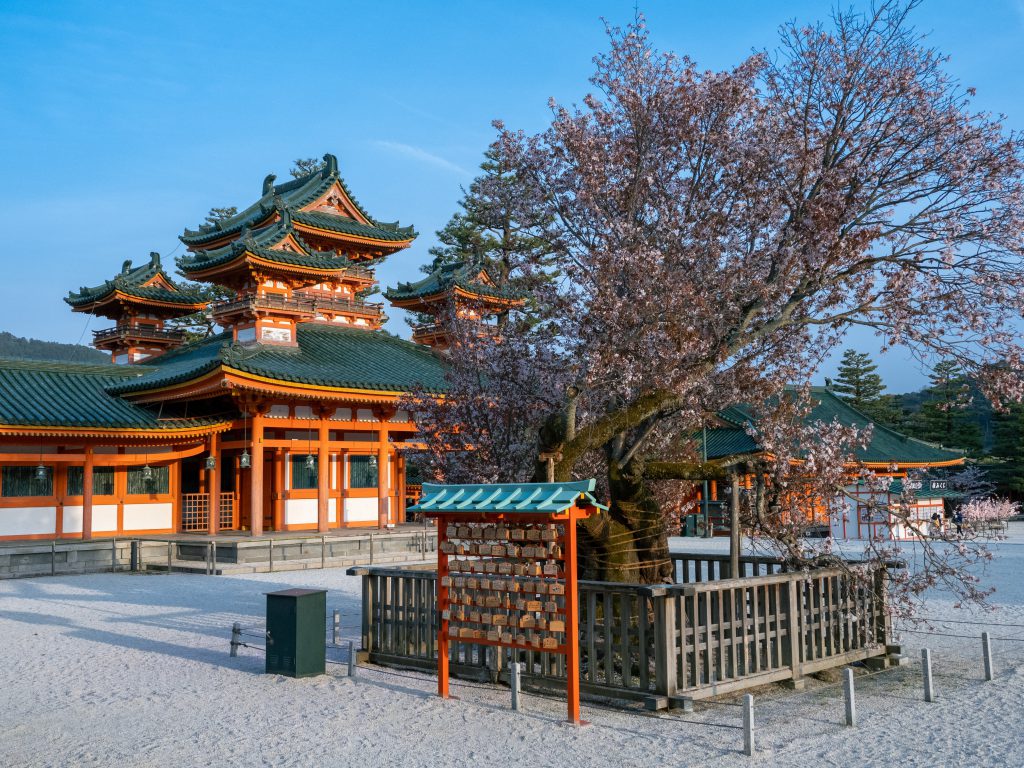 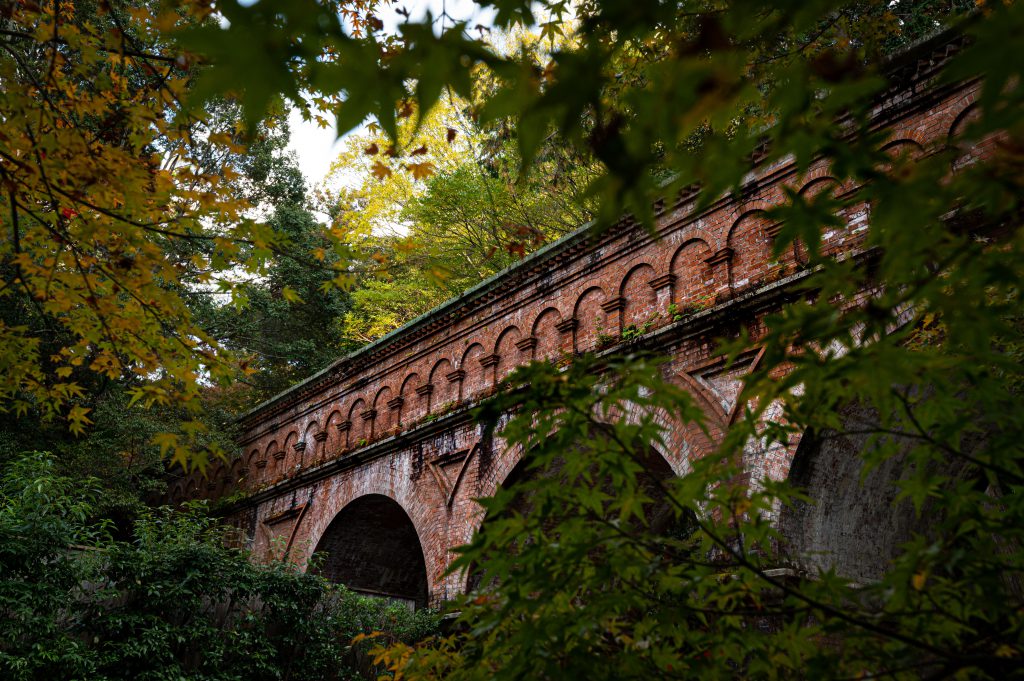 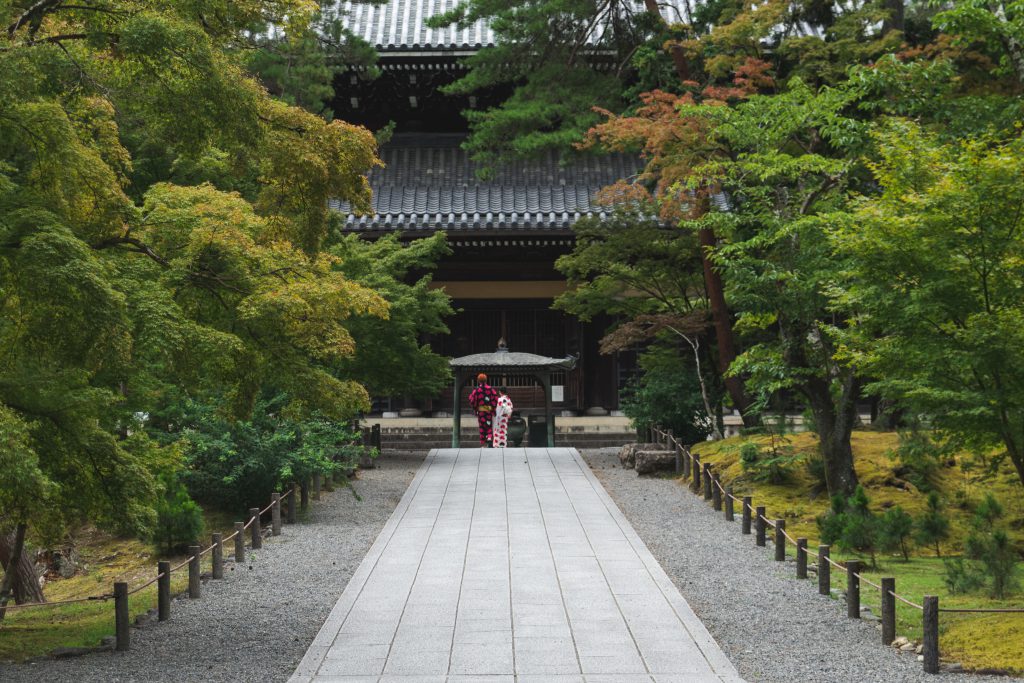 Heian Shrine
The gorgeous Heian Shrine is a century-old facility dedicated to the city of Heian, the name for Kyoto when it was the capital of Japan (794-1867). It enshrines both Emperor Kammu (737-806), the first emperor who ruled from the city, as well as Emperor Komei (1831-67), the final emperor to reign from Heian. Modeled after the ancient Imperial Palace of the illustrious Heian Period (794-1185), the shrine has vast grounds filled with brilliant vermillion red buildings. Thanks to its towering red torii gate – the symbol of the area – it is unmissable from its approach, and it is also well known for its Shin-en garden, which is seen as the culmination of landscaping techniques developed in the one-thousand-year history of the Heian capital. The precinct’s rich nature, including its famed weeping cherry blossom trees, paints a rich, colorful scenery that changes with the seasons.

Nanzenji Temple
Dating back to the 13th century, Nanzenji is one of the most important Zen temples in Japan, as well as the head temple of the Rinzai sect of Buddhism. A large complex, its most famous structure is the two-story Sanmon gate, which welcomes you at the entrance of the temple. The main hall is also home to an impressive rock garden, as well as treasured artworks depicted on its sliding doors.

Suirokaku Aqueduct
To the right side of Nanzenji Temple, there is Suirokaku Aqueduct, one of the oldest Western structures in modern Japan. It connects to Lake Biwa Canal, which was constructed to draw water for the northern part of Kyoto during the late nineteenth century. The striking structure contrasts magnificently against its natural backdrop, and it is a popular sight for photographers.

Konchi-in Temple
Located within the grounds of Nanzenji, Konchi-in Temple, is a lesser-known religious establishment than its mother temple, though it is no less impressive. Home to a number of National Treasures, including several gorgeously painted sliding doors, a renowned rock garden, and a small subsidiary of Toshogu Shrine, the complex is a feast for the eyes. The most awe-inspiring amongst these is the temple’s dry landscape garden, which was designed by one of Japan’s most notable artists, Kobori Enshu. Enshu’s garden, which can only be viewed from the main hall, is entirely made of evergreen trees, meaning the beautiful green garden never changes. It contains one of Kyoto’s major tea houses and is affectionally referred to as the “Tsurukame”, or “Crane and Turtle”, Garden, thanks to its two islands shaped to depict a crane and turtle facing each other.

Transportation:
We will go by subway to go to Heian Shrine.

The tour ends at Konchi-in Temple. The nearest station, Keage Station, is a 5-minute walk away.

*In the case of a no-show, a separate remittance fee will also be charged.

※ If you wish to be picked up from your hotel, an additional 3,300 yen (tax included) will be added to the fee.

◆ This is a shared program. Multiple groups may take this program at once.
◆ Please follow the instructions of the guide during the program. We will not be responsible for any accidents that may occur due to disobedience of the guide's instructions.
◆ The program will be operated in accordance with the guidelines stipulated by the Japan Tourism Agency. As a measure against COVID-19, you will be asked to disinfect your hands and wear a mask, and we will measure your temperature before starting the experience.
◆ Walking tours may be subject to change due to facility closures or weather conditions. In such cases, we will guide you to alternative locations.
◆ The program duration stated is only approximate. Please note that the duration of the experience may vary depending on the situation and the number of guests.
◆ For walking tours, you are requested to meet our guide at a designated meeting place. If you are late, please contact us at 03-6432-0195 during business hours (weekdays from 9:00 to 18:00). We may also provide you with an additional telephone number to contact in advance of the program.
◆ If you require special assistance during the program due to any of the following: religious reasons, physical conditions, illness, allergies, or the age of children, please be sure to indicate this in the remarks section of the reservation form at the time of application. Please note that we cannot guarantee any arrangements or changes to the program without prior inquiry.
◆ The minimum number of participants for this program is 2.
◆ This program is typically held in English. However, languages other than English can also be supported. Please inquire at info@truejapantours.com for details. If the program is available in your language, an additional fee of 1,000 yen (tax not included) per person will be added to the listed fee.
◆ Our business hours are from 9:00 to 18:00 on weekdays. Please note that inquiries received outside of business hours will be handled on the next business day. The application deadline for this program is 10:00 a.m. (Japan Standard Time) five business days prior to the tour date. If you wish to apply after the deadline, please contact us at info@truejapantours.com
◆ Please note that we cannot guarantee arrangements for programs purchased after the application deadline without prior inquiry.