Japan is one of the greatest industrial countries in the world. Its technology center is Aichi Prefecture. The capital of Aichi Prefecture is located in Nagoya where there are two exhibition halls that Japanese are proud of. One is Toyota Motor Company, and the other is the world famous Noritake China. Even though they belong to different categories of business, Japan is very good at both of them. At the root, there exist minutely calculated scientific studies and designs, implementation technologies and supporting spirit of craftsmen. This tour takes you through the 100-year long tradition and the state-of-the-art technology demonstration. 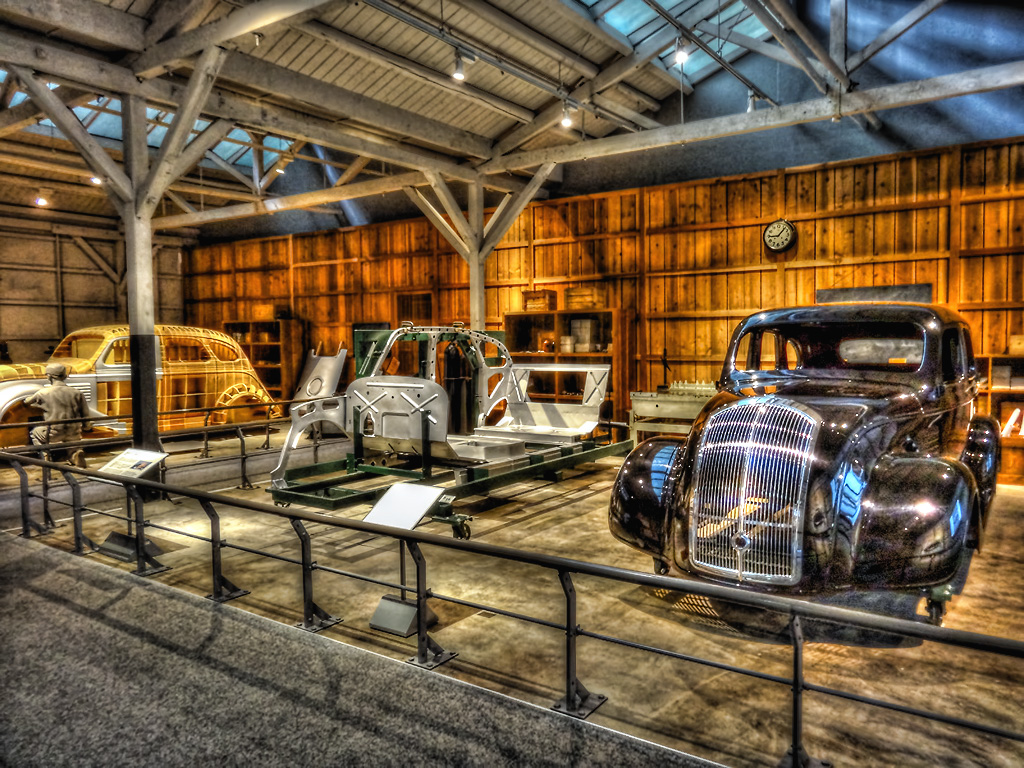 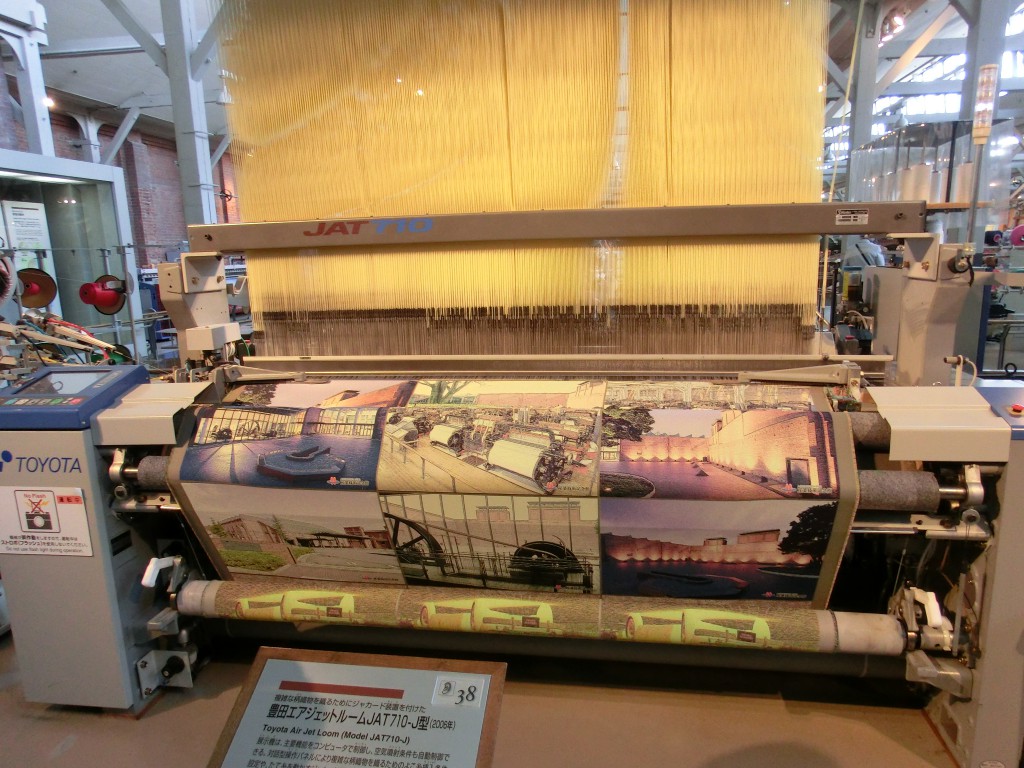 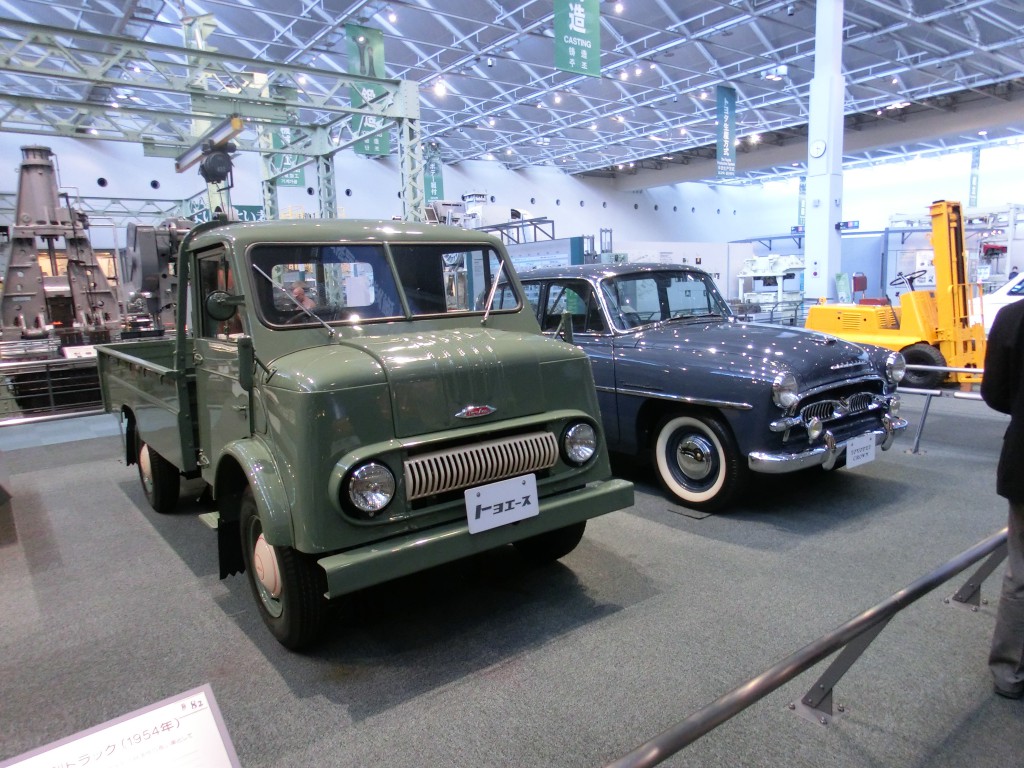 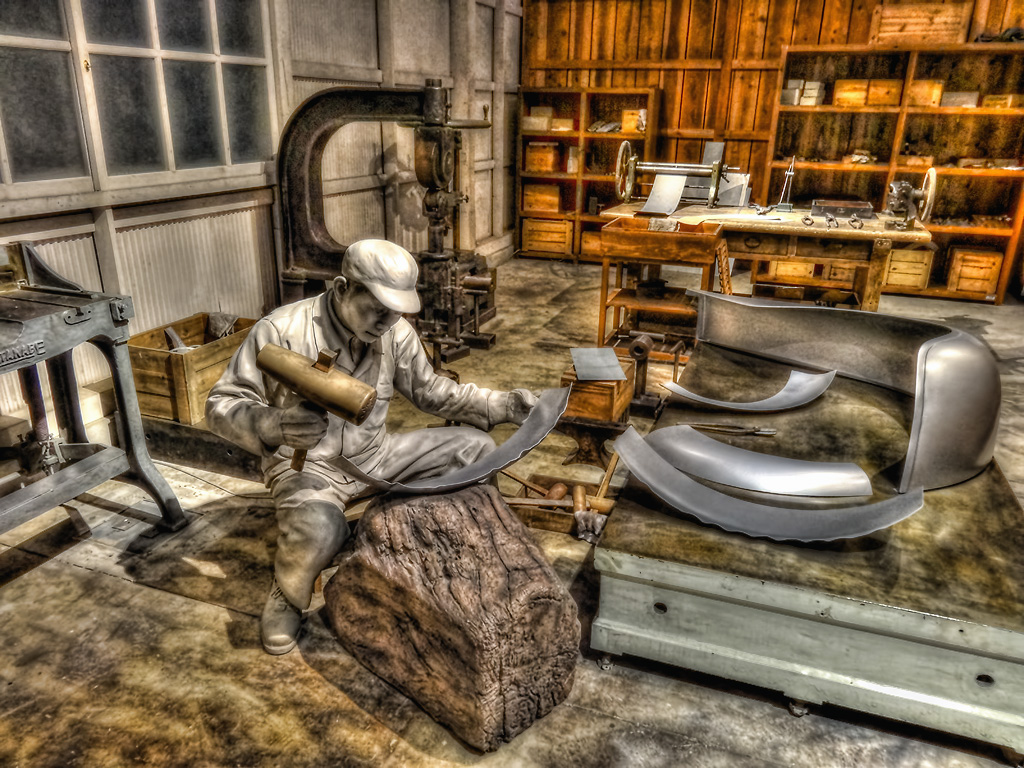 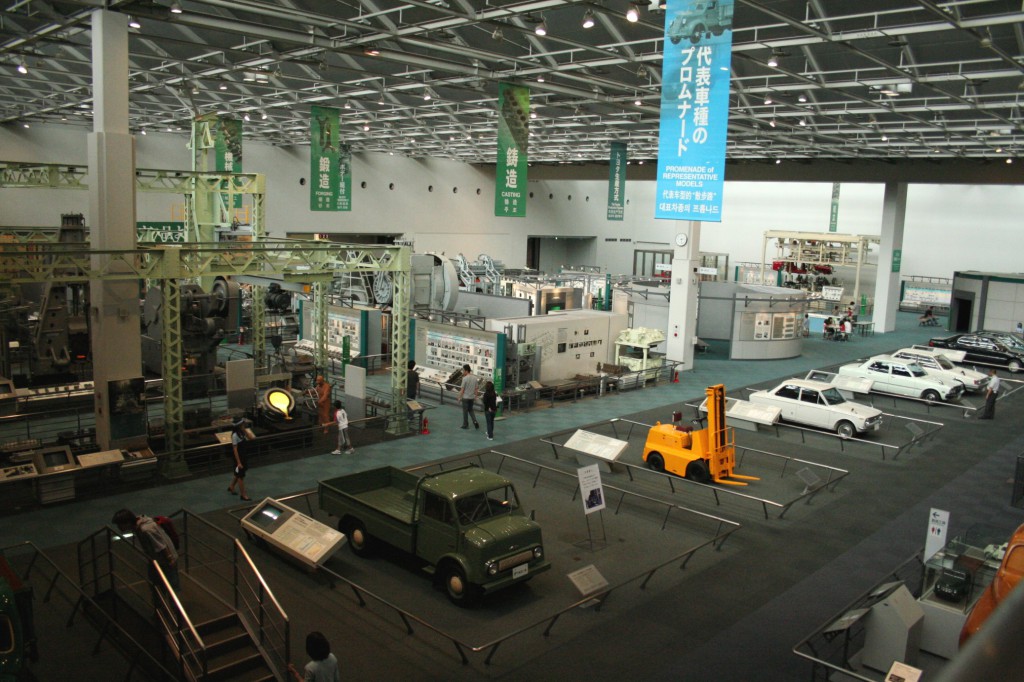 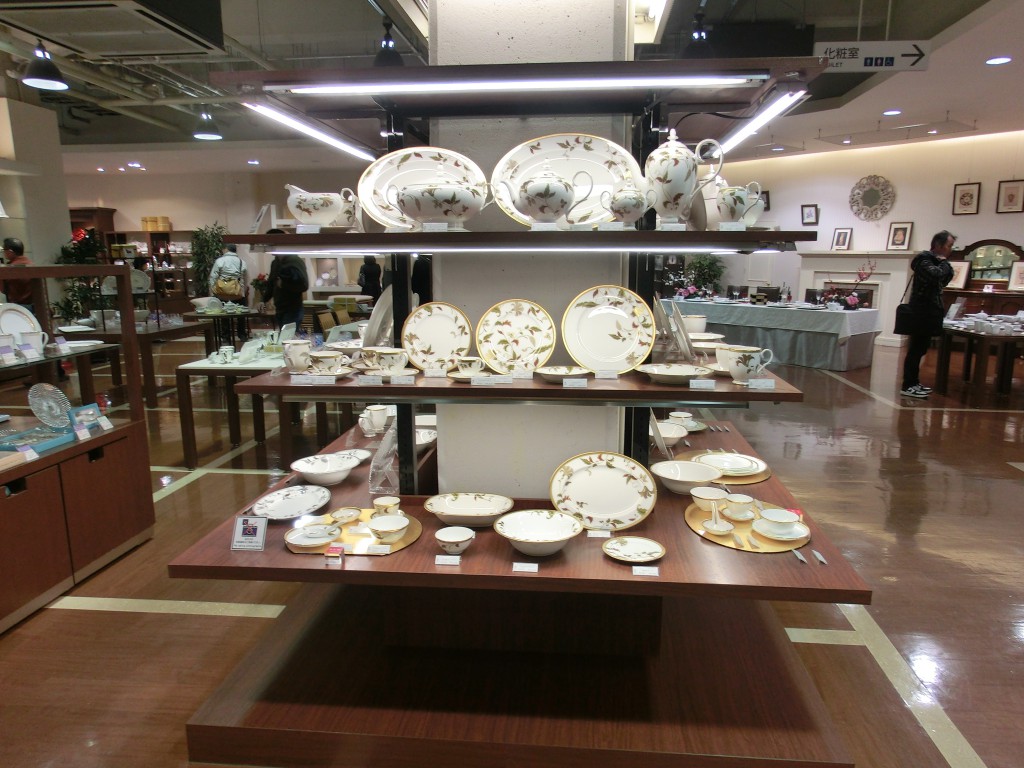 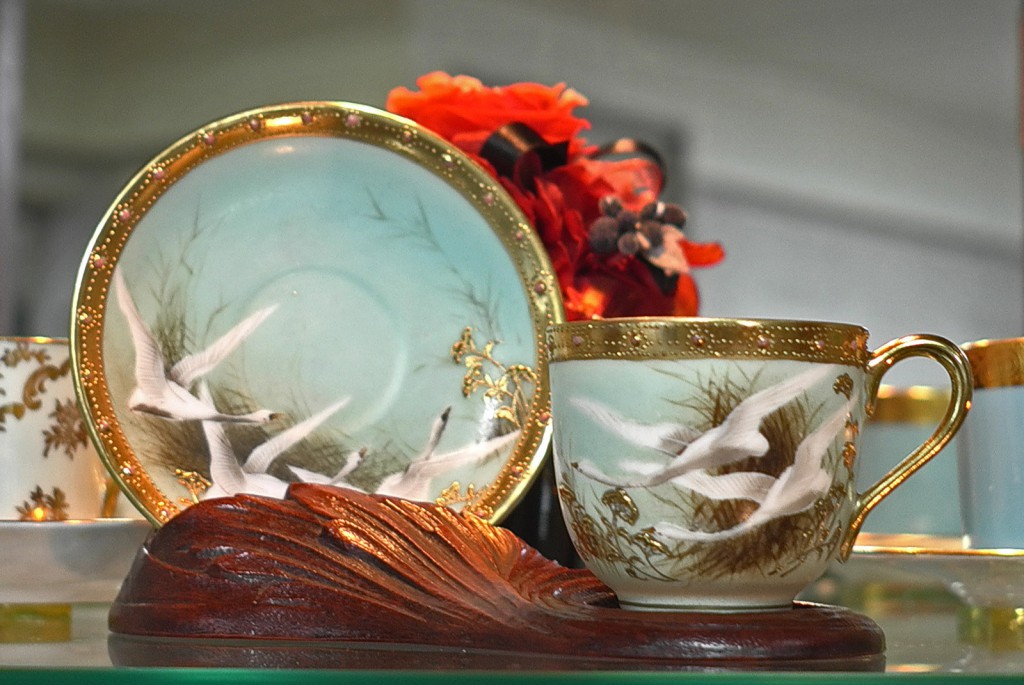 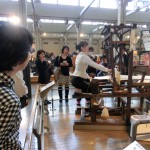 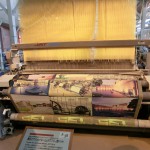 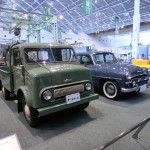 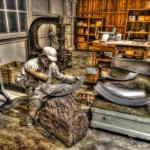 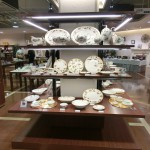 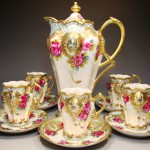 ◆Toyota Commemorative Museum of Industry and Technology
Sakichi Toyoda was born in 1867, one year earlier to Meiji Restoration.
He was a carpenter’s son and became the founder of the world largest car manufacturer, Toyota Motor Company.
In 19th century, most of Asian countries became a colony of European and
North America. Japan managed to become a member of advanced countries after succeeding an industrial revolution. It’s called a miracle of the Orient.
Major reasons for the miracle were Japanese people’s educational standards that enabled the easy understanding of European and North American technologies. Especially Japanese developers’ and engineers’ originality and ingenuity that further enhanced the technologies from Europe and North America.
Most of all, Sakichi Toyoda often called an Edison of the Orient, made a series of inventions. He finally succeeded in inventing the world’s best automatic loom and sold its patent right and received 83,000 pounds in 1929.
That was an enormous amount then. He invested this amount to found the car company which became today’s Toyota Motor Company.
At this Toyota Commemorative Museum of Industry and Technology, many automatic looms invented by Sakichi Toyoda are on display. A variety of demonstrations show how textiles are woven from thread. At the car display section, from the first Toyota car to the latest hybrid cars, sports cars
, and future cars are on display. At the car mechanism section from robot-
controlled welding machines to various manufacturing equipment are on display. And those exhibits are actually operable.
There is a section for making a toy car. You can make a cell phone strap and a medal at free of charge. It’s really a fun facility for everybody from adults to children.

◆Forest of Noritake
It’s a facility in the compound of headquarters operated by one of the world greatest high quality ceramics manufacturers, Noritake. In the rich green compound, there are a factory, museum, souvenir shops, and restaurant. Together they make one of the world largest theme parks for ceramics.
The highlight of the theme part is Craft Center and Noritake Museum. First,
you can have a tour of Craft Center to study the whole process of ceramic making. Next, you can have a tour of Noritake Museum. Ceramic making technologies were originally imported from China and Korea, but Japan made unique improvements. In the World Fairs in Paris and Vienna in the latter half of 19th century, Japanese ceramics had a strong impact along with ukiyoe on European people.
Noritake china was developed with the aim of exporting. It’s consolidation and fusion between Japanese traditional technologies and western culture.
Especially a variety of Art Deco and MORIAGE ceramics made with a supreme technique made in the latter part of 19th century and the early part of 20th century are reappraised in recent years. They are called Old Noritake. In
America some ten books on this subject have been published and tow collectors clubs established. There are many collectors in the world for that. At this museum, Old Noritake are displayed in chronological order. You are sure to be shocked by sheer exquisiteness and beauty.
Next, at a spacious souvenir shop not only ceramics for ordinary use
but also for professional use at hotels and restaurants and overall Noritake
products are displayed for sale. In addition supplemental items such as cutlery, glass, and linen are sold. On top of that there is a sales department for a choice variety of very expensive Noritake tableware. An outlet store run by Noritake is also available. If you are a great fun of Noritake products you’ll be tempted to stay for long hours.
At a Painting Workshop, you can create your own ceramic after applying technique learnt from Noritake. Your painted plate and mug will be burnt at a kiln and sent to your house by mail. Postage should be covered by you.
It’ll range from 1,000 yen to 2,000 yen per piece depending on the location.

・Guiding fee
・Public Transportation fee (For taxis or hired cars, additional fee will be charged.)
※Pick-up service is limited to a place within 10 minute walk from a station on JR Nagoya Station.We may charge an additional fee in case your hotel is located out of this range.